Lisa Artis, Deputy CEO of The Sleep Charity, explores the impact of sleep deprivation and why it’s important that we safeguard our sleep as parents.

As a new parent, fragmented sleep for a number of weeks, months, even years following the birth of a baby can leave you feeling bad-tempered, tearful, forgetful, and depressed.

But you’re not alone. Every new and even experienced parent can feel like this when they’re suffering from a lack of sleep. It’s time to normalise the fact that children don’t always sleep well, and that even as adults we don’t sleep soundly night after night.

What is sleep deprivation?

Sleep deprivation, also known as insufficient sleep or sleeplessness, is the condition of not having enough sleep. It can be either chronic or acute and may vary widely in severity.

Just one night of interrupted sleep negatively affects mood, attention span, and cognitive ability. An occasional night where sleep is disturbed won’t harm your health – you’ll just be tired the next day, and grumpier!

What are the effects of sleep deprivation?

Chronic sleep debt, however, can have a seriously damaging effect on your mental and physical health. A good night’s sleep is vital as a restorative time, and plays a significant role in healing and repairing the heart and blood vessels. It also gives the immune system and the cardiovascular system a rest and allows other organs to be restored. 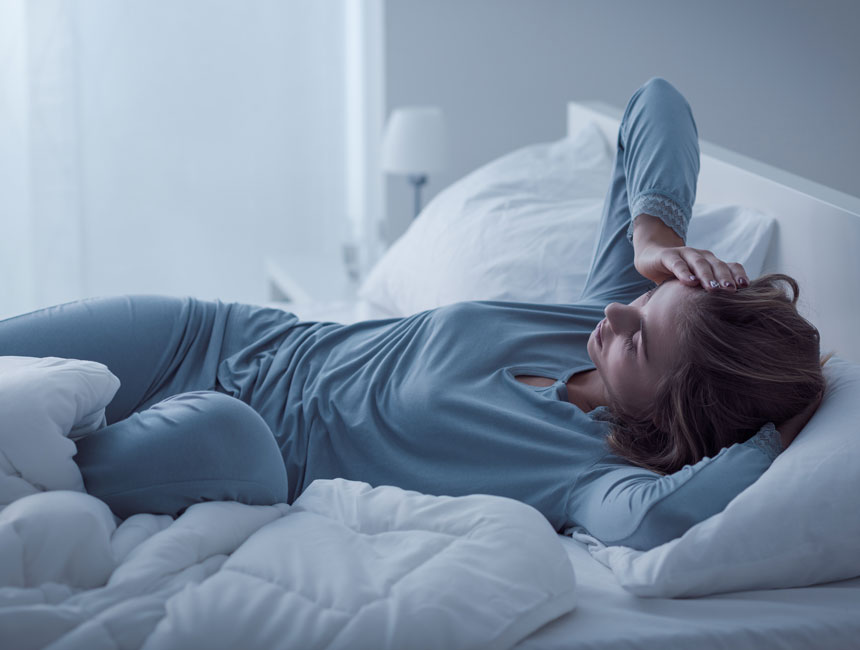 Research has found that those who frequently get fewer than six hours a night are at significantly increased risk of stroke and heart disease, with evidence that not sleeping enough may ramp up the ‘fight or flight’ response to stress, releasing hormones that speed up heart rate and raise blood pressure.

Regular poor sleep also puts you at risk of serious medical conditions, including obesity and diabetes – and it shortens your life expectancy. Lack of sleep can increase insulin resistance, a risk factor for the development of type 2 diabetes and heart disease. Shortened sleep can increase CRP, or C-reactive protein, which is released with stress and inflammation. Studies have suggested that people who usually sleep less than five hours a night have an increased risk of having or developing diabetes. It seems that missing out on deep sleep may lead to type 2 diabetes by changing the way the body processes glucose – the high-energy carbohydrate that cells use for fuel.

Lack of sleep also suppresses your immune system making you more vulnerable to infections, as well as metabolic and hormone changes. Research has found that getting a good night’s sleep strengthens the immune response, suggesting that the release of certain hormones during sleep boosts the immune system.

Sleeplessness leads to hallucinations and sensory dysfunction. Noises become louder, vision is affected, and sufferers start to isolate themselves. Sleep deprivation can lead to mental meltdown. Forcing someone to stay awake is a known torture technique used in enemy interrogation!.

Broken or interrupted sleep can leave you feeling sleep-deprived, and as if you’d just had four hours rest a night because you are disrupting your natural sleep rhythm. It may mean you do not reach the most restorative, deeper phases of sleep.

Look out for the signs of sleep deprivation

How to safeguard your sleep 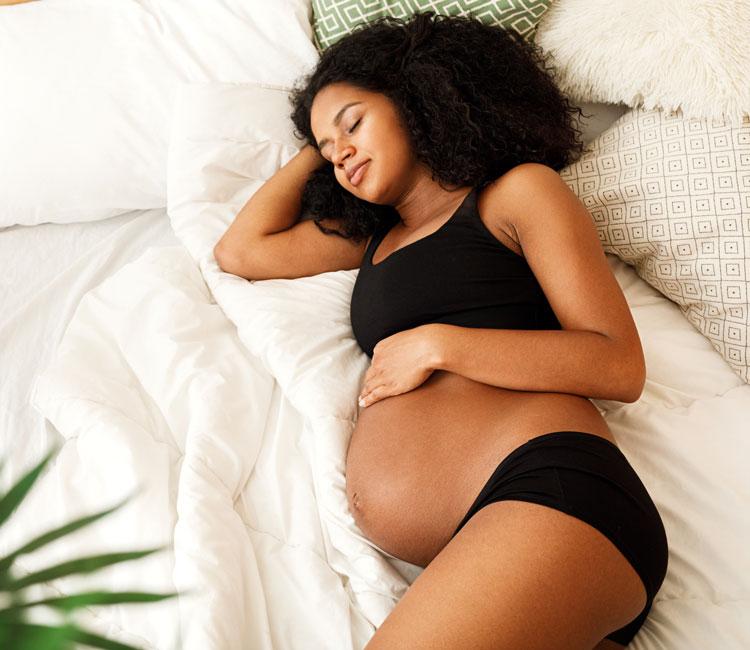 In difficult times, it’s extremely important to safeguard your sleep. Our sleep isn’t always the same and certainly isn’t always ‘perfect’ depending on what’s going on with our lives and how well we look after ourselves. But how we sleep affects how we feel about areas of our life – whether that’s our mood, our relationships, and even our work – which is why we need to protect it. Look out for the signs in yourself, your partner, or even a friend. Acknowledge and talk about it.

There are no magic solutions as a new parent, but you can develop healthy sleeping habits that should improve the sleep you do get.

tips to improve your sleep

Tip No.1: Start by having a good morning routine to help strengthen your body clock. Expose yourself to natural light in the morning to suppress melatonin and boost alertness, and try to get out for a walk – it’s great for mental health, too.

Tip No.2: Consider the things you do during the day that may impact your sleep. For instance, if you are sensitive to caffeine, avoid it 8 hours before bed so it doesn’t interfere with getting off to sleep. Exercise is great for sleep, and for mental health, but try to do it earlier in the day rather than before bedtime.

Tip No.3: Make time for napping. As a new parent, it’s important to sleep when the baby sleeps. Turn off the phone and turn a blind eye to all those chores. A 20-minute power nap is a great energy booster.

Tip No.4: Assess your bedroom environment and make sure it’s fit for purpose. You will sleep a lot better if your bedroom is cool, quiet, dark, clutter-free, and has a super comfy bed to get into!

Tip No.5: When it comes to a pre-bedtime routine, you need to look at ways to relax and de-stress. Some people like to read or have a warm bath, others may prefer to practice mindfulness or meditation. Whatever you decide, switch off your phone and ideally keep it out of the bedroom so you’re not tempted to check it one last time.

Remember, if you feel your lack of sleep is impacting severely on your day-to-day life, you must see your GP. 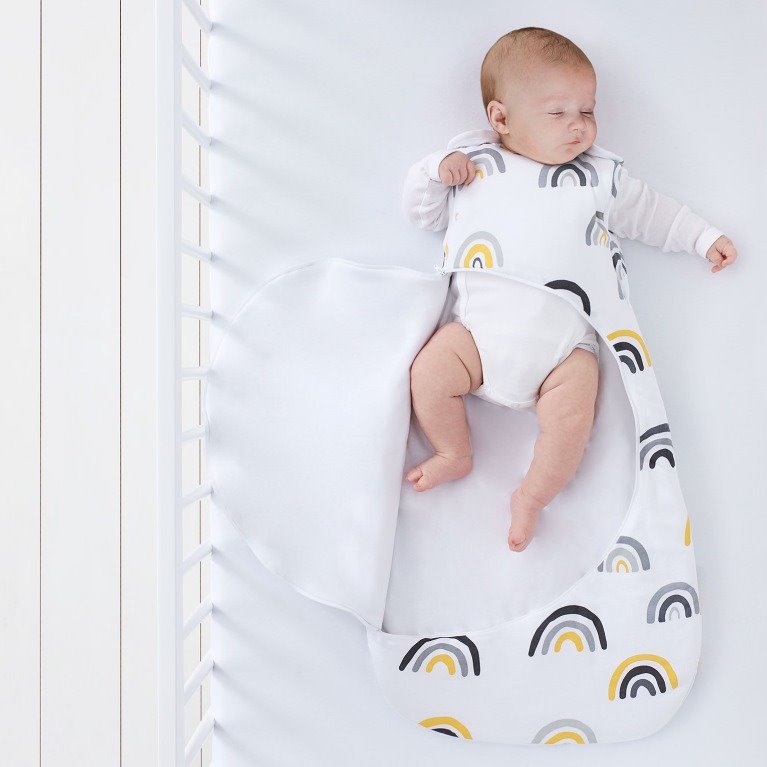 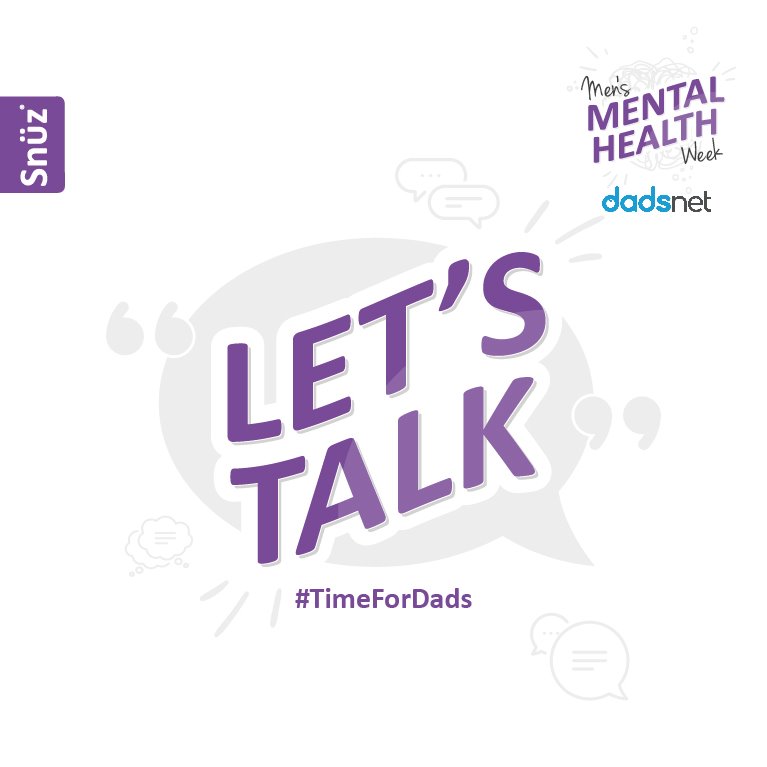 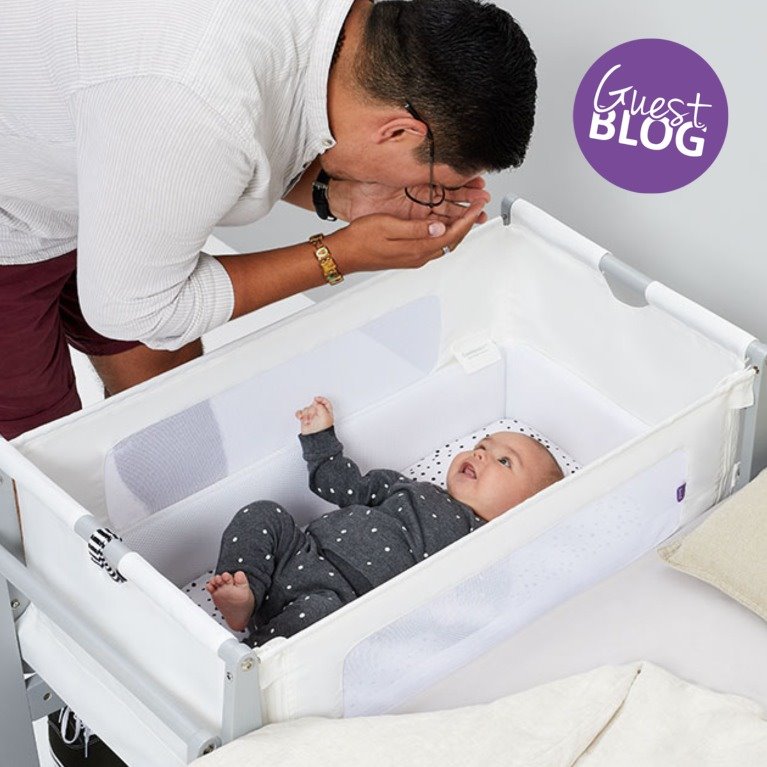 Copyright © . All rights reserved. Snüz is a registered Trademarks

We will not share your email or information with any third parties and you can unsubscribe at any time.

We will not share your email or information with any third parties and you can unsubscribe at any time.